The Town’s centerpiece and community focal point is the award-winning Brookeville Academy (circa 1810), one of the first private academies in Montgomery County. It offered a full classical curriculum initially for some sixty male students (later females were allowed).

Many of the students came from across the state and boarded with local families. Its library consisted of 600 volumes.

When the school itself moved just outside town to larger quarters in 1869, the building became a meeting place for the Mutual Fire Insurance Company (today is known as the Montgomery Mutual Insurance Companies), the Odd Fellows Lodge, and later the American Legion’s Norman Price Post 68. The American Legion was a lessee and caretaker of the building from 1949 to 1996.

The Town of Brookeville purchased the building in 1989 from St. John’s Episcopal Church, its owner since 1909, for the purpose of historic restoration/preservation and adaptive-reuse as a community center. The restoration process was completed in 1997. The Academy now provides a vibrant community center which hosts meetings, social, and cultural events and also provides the Town of Brookeville with office and archives space. 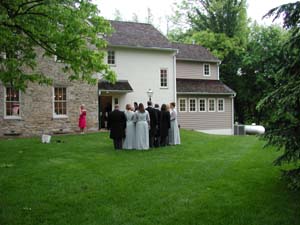 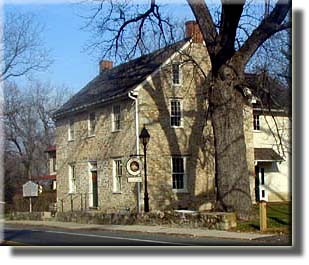 »  More details
»  Copy to my calendar

»  More details
»  Copy to my calendar